The Scientific Symposium “The First in the 21st Century. Innovations in Russian HIV treatment”, dedicated to the Russian innovative drug for a first line treatment of HIV — ELPIDA®, was held in St. Petersburg as part of the Second Forum on HIV Treatment on October 5, 2017. The Symposium was held on the opening day of the Forum, chaired by Professor D. A. Gusev (Doctor of Medical Sciences, the Chief Specialist of the St. Petersburg Health Committee on the problems of diagnosis and treatment of HIV infection, the Chief Physician of the St. Petersburg Centre for Prevention and Control of AIDS and Infectious Diseases), and Professor A.V. Kravchenko (Doctor of Medical Sciences, Leading Researcher at the Central Research Institute of Epidemiology, Moscow) with the support of Viriom of ChemRar High-Tech Center, the general partner of the Forum. The audience included delegates from all Russian regions — experts in the field of HIV treatment, heads of the regional centers for AIDS and infectious disease treatment. 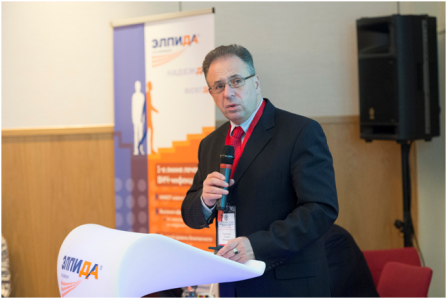 The Symposium was opened by Professor A.V. Kravchenko (Moscow) with a report on the contemporary principles of antiretroviral therapy, and the properties and advantages of ELPIDA. He said that even the first trials in patients with HIV infection demonstrated a strong antiviral effect of the drug: complete suppression of viral replication after 7 days of monotherapy. The results of the Russian multicenter, randomized trial in naive patients, where the efficacy and safety ELPIDA® was compared with efavirenz, the standard first-line treatment in Russia, were obtained in 2016. The study was conducted in 12 clinical centers in 9 regions, the drug was administered in combination therapy with tenofovir/emtricitabine.

The results of the drug development aroused great interest of organizers of leading Russian and international conferences, including CROI 2017 in Seattle (USA) who included reports or posters on the drug in their programs. 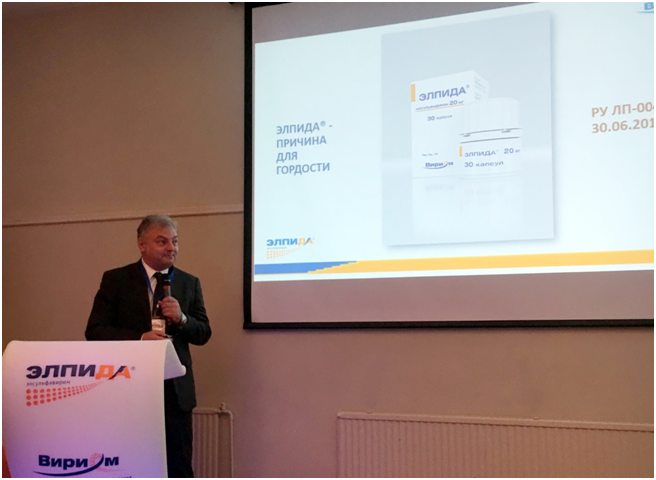 Milos Petrovic (Russia) and Janet Hammond (USA), members of the Scientific Advisory Board of Viriom, gave a detailed account of the history of cooperation between the Viriom and Roche companies in the development of new molecules, and the results of preclinical and early clinical studies conducted in Thailand and Russia.

The drug development history includes 8 years, since 2009, when Roche gave Viriom the right to develop new original antiretroviral drugs. After approval of the ELPIDA® development by the Russian Presidential Commission for Modernization and Technological Development of Russia’s Economy, the project was supported by the Federal Targeted Program Pharma 2020: A state contract with the Ministry of Industry and Trade of the Russian Federation in the framework of Pharma 2020 for the technology transfer and conducting preclinical and clinical trials of ELPIDA® was signed in 2011.

“Elpida gives us several reasons to be proud”, said Milos Petrovic during his presentation. “Firstly, it is a very good product, best in its class, and it has already been registered in Russia and is available for patients. Secondly, the entire production cycle of the drug, including the pharmaceutical substance, is located in Russia at the production site of CDRI of ChemRar Group”. 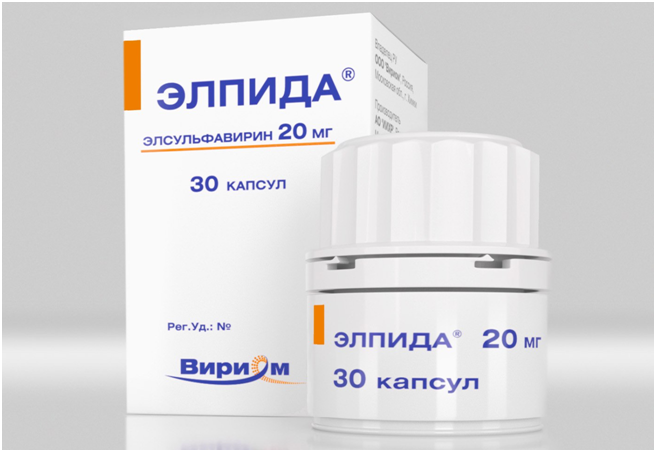 ELPIDA® (elsulfavirin), a new generation non-nucleoside reverse transcriptase inhibitor (NNRTI) and the first original Russian drug in the 21st century for the treatment of HIV infection, was developed by Viriom in partnership with F. Hoffmann-La Roche (Switzerland), and registered in Russia on June 30, 2017 (Registration Certificate No. LP-004360). 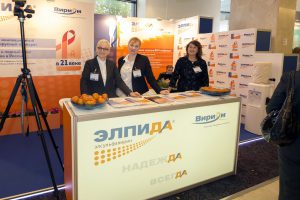 The specialists of the regional centers for AIDS treatment — G.A. Efimov (St. Petersburg) and F.I. Nagimova (Kazan) presented in their reports the detailed results of the Russian multicenter ELPIDA® comparative trial conducted at 12 clinical centers over 48 weeks. These trials demonstrated high efficacy of ELPIDA® not inferior to efavirenz and not dependent on the initial viral load; and also a higher safety level of ELPIDA® compared with efavirenz in relation to adverse events in the nervous system and mental disorders (2 times lower), skin, and allergic reactions. During the drug development, data on a more favorable resistance profile of ELPIDA® in comparison with other NNRTIs was also obtained, no cases of resistance development were reported in clinical trials.

The drug development is carried out with the support of the Skolkovo Foundation. In the framework of the project, Viriom develops sustained-release and combination drugs to improve compliance and effectiveness of therapy in patients with HIV infection.

Viriom is a company at ChemRar High-Tech Center, involved in the development of innovative drugs for HIV, hepatitis C and influenza treatment. Viriom, oriented toward top world standards, aimed at improvement of treatment outcomes and patients’ quality of life, improved access to treatment for all patients who need it, reduction of the burden and fully curing socially significant infections. www.viriom.ru