On September 14, IPHARMA celebrated the fifth anniversary of the work in the market of clinical trials in the loft on the territory of the Crystal plant. More than 100 guests, including researchers, partners and customers congratulated the company.

The event was held in a friendly atmosphere. There were also solemn speeches and touching memories, because many employees of IPHARMA had worked in the company since 2012. The clients and partners wished further growth and prosperity. The loft was buried in flowers and gifts.

The sun warmed the guests throughout the event, and the Big Jazz Orchestra held a concert on the roof of the loft.

“Only 5 and already 5” — these words were repeated throughout the evening. IPHARMA has come a long way: dozens of successful projects, including state contracts, and three original Russian drugs received marketing authorization based on the results of our studies.

The party ended with a baking contest. On the occasion of the celebration, the company’s employees baked cakes, gingerbread and cupcakes. The choice was difficult. The victory went to the Brandied Cherry and Napoleon cakes baked by Elena Merkulova, a Project Manager at IPHARMA.

Time passed very quickly. We thank our colleagues and friends for their warm congratulations and wish us successful cooperation for many years for the health of patients. 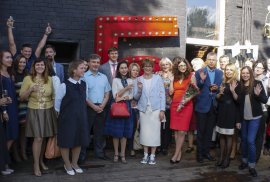 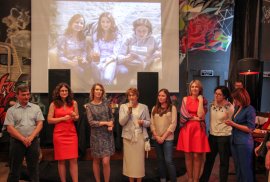 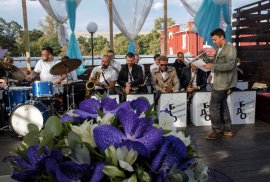