IPHARMA of ChemRar Group participated in 10th DIA China Annual Meeting, which was held on May 23–25, 2018, and gathered more than 2,000 professionals from various countries and fields of pharmaceutical R&D industry to discuss changes in innovation segment and regulatory system of Chinese healthcare.

PRC’s pharmaceutical market is top second worldwide. It rapidly develops, adopts Western experience and grows due to increasing investments in this sector. This year, IPHARMA decided to attend the DIA anniversary meeting and get acquainted with special aspects of clinical studies process and drug authorization in China, and to communicate with drug developers. 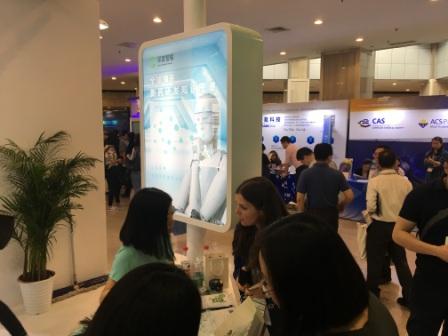 What were the expectations of the first trip to China?

We were not inclined to expect too much and knew that а picture was worth a thousand words. Colleagues from Skolkovo told us about unprecedented technological and economic growth, and we quickly saw this for ourselves.

However, we expected some language and cultural difficulties in communication, and we are very grateful to Evgeny Kosolapov, the Skolkovo Foundation’s representative in China, for his assistance in organizing meetings with companies’ representatives.

What are differences between DIA China and DIA Europe and USA Conferences?

DIA China was attended by more than 2,000 participants, including representatives of international companies from Europe and the USA keen to enter the Chinese market.

Exhibition part was big, but not so big as at the DIA Annual Meeting in the USA. Generally, there were booths of local CROs and other service companies including IT, which use neural networks to develop pharmaceutical industry products.

Major part of the program was dedicated to FDA China (CFDA) reports related to regulatory changes at Chinese pharma market and reports of American and European regulatory authorities (FDA and EMA). Some sessions were only held in Chinese language without simultaneous interpretation, but generally, the event was as convenient for the foreign visitors as possible. 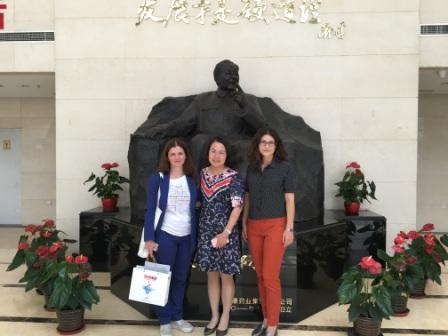 What are special aspects of the Chinese pharmaceutical market?

The market develops rapidly. Last year the pharmaceutical industry was reformed. China joined ICH countries and now adopts international drug development and studies performance standards. Standard of living in the country has grown significantly over the past 20 years. Wealthy middle class and demand for “western” medicine have emerged.

Before that, foreign companies had problems with drug authorization. The process was opaque and long with mandatory confirmatory studies in the Chinese population. Today China is interested in accelerated launch of original drugs to the market. International format for CTD file was adopted and a fast-track mechanism is being implemented to accelerate authorization of vital drugs. However, there is still a problem of insufficient control and protection of patent rights.

Did Russian companies’ representatives participate in the DIA China program and exhibition?

There were few Russian companies. They were conference delegates, just like us.

Apparently, the reason behind that was myths about protectionism policy and bureaucratic barriers. However, communication with local business representatives make you change your mind and look at the market differently.

Chinese pharmaceutical manufacturers are keen to enter Russian market. However, many companies supplying drugs to our country authorized them before 2010, when no requirements applied to conducting local clinical studies. Like us, they beware of bureaucratic and language barriers.

What was the most memorable in the journey?

Beijing, without any doubts, makes an indelible impression. It is a modern huge megalopolis with skyscrapers and IT implemented in day-to-day life.

The scale is astonishing: everything is dozens and hundreds times larger than in our country: pharmaceutical market, number of companies and their employees.

The Chinese are very friendly and socially active. It is very convenient in terms of business communications. Everyone prefers to communicate in WeChat, a Chinese messaging application, avoiding unnecessary formalities.

We will closely monitor rapid changes in Chinese market and establish cooperation with Chinese pharmaceutical and research companies.