Technopark SKOLKOVO held a panel discussion on the topics “Civilization is (not) at risk in an age of artificial intelligence” and “Neurointerface technology without borders” as part of the Open Innovation 2017 Forum on October 17, 2017, where Andrey Ivaschenko, the Chairman of the Board of Directors of ChemRar High-Tech Center and the leader of the NeuroNet working group of the NTI, was one of the speakers.

The discussion “Civilization is (not) at risk in an age of artificial intelligence” was attended by: Vladimir Zelman, the Professor of the Keck School of Medicine, Olga Uskova, the President of CognitiveTechnologies Group, Alexander Tormasov, the Dean of Innopolis University, Andrey Ivashchenko, the leader of the NeuroNet WG. The session was moderated by Albert Efimov, the Director of the Department of Technology Challenges of the SKOLKOVO Foundation. The participants discussed whether artificial intelligence is a potential threat to mankind: whether it will surpass the natural intelligence, whether the development of AI will lead to a significant reduction in jobs, or other irreversible consequences.

“The new group of technologies that is emerging is just an enhancement of individual human capabilities, and humans themselves will never be completely reproduced by a machine. Yes, indeed, some jobs related to work that can be done by a machine will disappear some time in the future. But even more will appear, precisely the jobs that can be done only by a human as a creator”, said Andrey Ivashchenko, the leader of the NeuroNet working group. 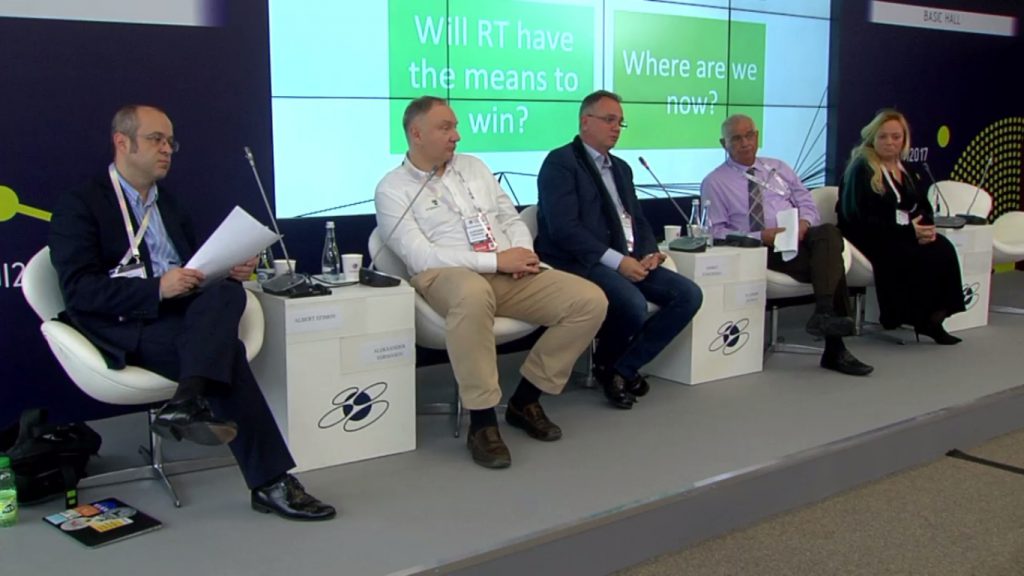 The second discussion was devoted to the rehabilitation of people with disabilities. The discussion was moderated by Vladimir Zelman from the Keck School of Medicine, Charles Liu from USC Neurorestoration Center, Galina Ivanova, the Chief Specialist of the Rehabilitation Department of the Ministry of Healthcare, Natalya Galkina, AO Neurotrend, Ruslan Kurbatov, Rehabilitation Center “Preodolenie”. The main topic of discussion was the NeuroChat project implemented in the framework of the NeuroNet Roadmap at the NTI.

The NeuroChat technology creates more than just a tool for patient communication with doctors and family, it returns the patients to the society, gives them a motivation for life and treatment. Thanks to the joint work of Russian specialists and foreign colleagues, transcontinental contact between patients, who are deprived of the ability to speak and move, became possible for the first time. The joint work of scientists from around the world and their close cooperation allows us to develop neurotechnology to a new level and create projects that will help people with disabilities worldwide.

A.A. Ivashchenko said that for a person who has no connection with the outside world because of illness, but understands what people say to them, any technical solution that allows to give feedback — for example, write a word, as in the case of NeuroChat — is a powerful stimulus for recovery. “The human body has huge unexplored resources for rehabilitation, for compensation, especially the brain. And of course, such solutions, supports, which the mankind learned to create — such as glasses for the eye, cochlear implants for hearing, neurocontrolled wheelchairs for those who cannot move, will increasingly appear for other lost capabilities, including for completely paralyzed people. These supports will be a huge stimulus for people to return back to life, motivated, not get depressed, but used — awakened the mechanisms of recovery that the body has”, he stressed. 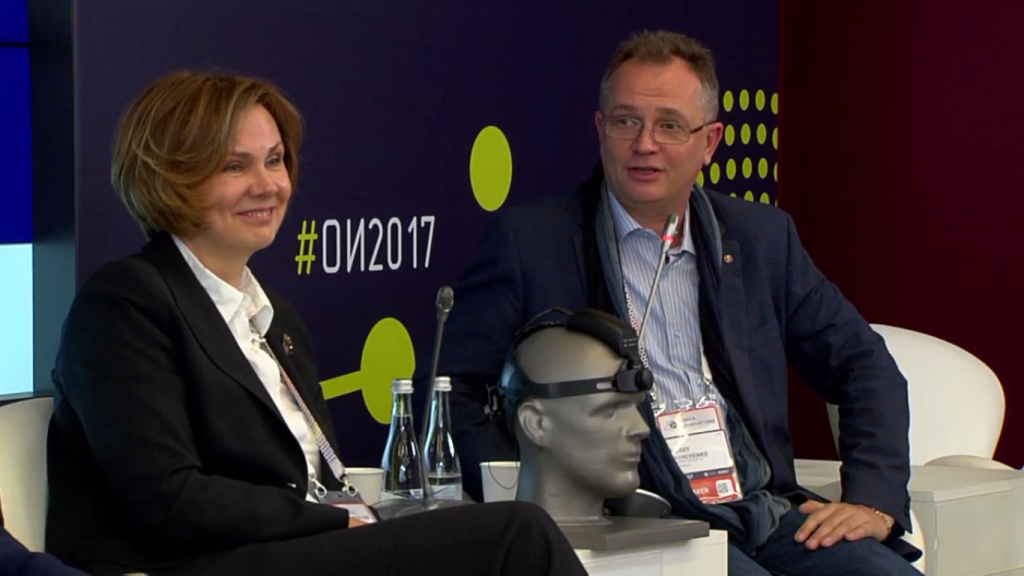 Another significant event which took place on the Forum, was the signing of a cooperation agreement between the Governor of the Novgorod Region Andrei Nikitin and the President of the Branch Union NeuroNet Andrey Ivashchenko. This agreement defines the joint work on pilot implementation of projects of the NeuroNet Roadmap at the National technology initiatives in the Novgorod Region. The cooperation will be carried out according to the agreements reached by the Russian venture company and the Administration of the region.

Within three months, the working group will develop a list of projects proposed for the pilot implementation based on the needs of the Novgorod Region. NeuroNet market participants, such as the “Young Neuromodelist” construction set, and the Sleep Alert driver alertness system were selected as the first projects. 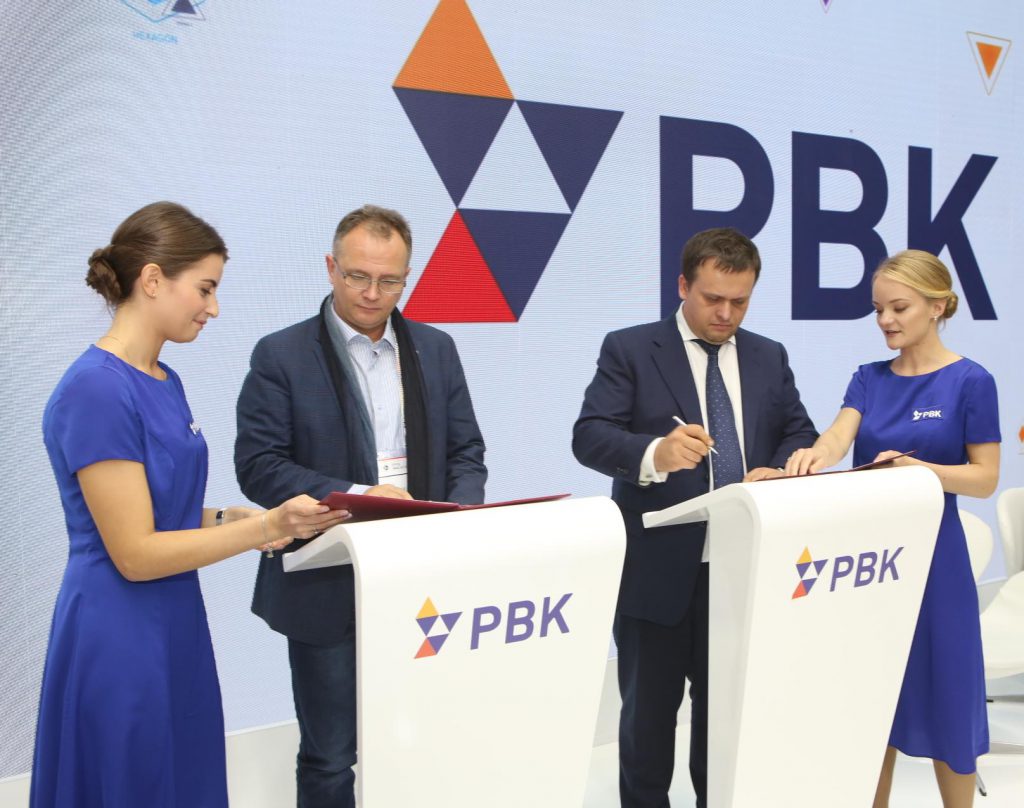 The material is prepared together with the NeuroNet NTI