Scammers have created a number of fake websites and are posting private adverts on well-known websites, selling drugs allegedly based on Favipiravir and produced in China or Japan that contain no active ingredient. Therefore, these drugs cannot help in coronavirus therapy.

In this regard, RDIF and the ChemRar Group of Companies announce that:

“Since March this year, we have purchased and analyzed a large number of samples marketed as Japanese or Chinese medicines based on Favipiravir, where experts could not identify the active ingredient in any of them. In particular, we want to warn unsuspecting citizens against buying Favilavir allegedly produced by HISUN, a Chinese company that produces Favipiravir under the license of Japanese company FUJIFILM Toyama Chemical Co, Ltd., as this is a fake.” 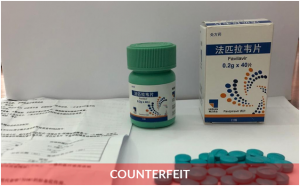 ChemRar Group unites R&D service and investment companies in the field of innovative pharmaceuticals for the development and commercialization of innovative medicines, diagnostics, preventive care and new treatments of life-threatening diseases in Russia and abroad.

ChemRar Group celebrates its 30th anniversary in 2020. Throughout its history, the company has maintained and improved the achievements and quality of its medical chemistry and has built a team of world-class employees and scientists. Their efforts have made ChemRar one of the global leaders in the industry today.

Further information can be found at https://en.chemrar.ru/