Home >> News >> RDIF and ChemRar to deliver 60,000 courses of the first COVID-19 drug registered in Russia, Avifavir, to the country’s hospitals in June

RDIF and ChemRar to deliver 60,000 courses of the first COVID-19 drug registered in Russia, Avifavir, to the country’s hospitals in June

Moscow, June 1, 2020 — The Russian Direct Investment Fund (RDIF), Russia’s sovereign wealth fund, and the ChemRar Group will deliver 60,000 courses of Avifavir to Russian hospitals in June. Avifavir is Russia’s first COVID-19 drug and has shown high efficacy in treating patients with coronavirus during clinical trials. Avifavir has received a registration certificate from the Ministry of Health of the Russian Federation. Thus, Avifavir has become the first Favipiravir-based drug in the world approved for the treatment of COVID-19. 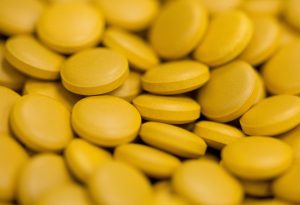 In early June, the first batches of Avifavir will be sent to Russia’s Federal Service for Surveillance in Healthcare (Roszdravnadzor) for approval for use. Deliveries of the first batches of the drug to Russian hospitals are expected on June 11, 2020. The high quality of Avifavir is due to more stringent requirements for its active pharmaceutical ingredient, compared with the requirements for active pharmaceutical ingredients in international markets.

Avifavir, which disrupts the reproduction mechanisms of coronavirus, is the first Russian direct-acting antiviral drug that has proven effective in clinical trials. The drug has been well studied, since it has been used in Japan since 2014 against severe forms of influenza.

“RDIF and ChemRar, in close collaboration with the Ministry of Health, have swiftly produced and registered a drug that surpasses its global peers not only in terms of effectiveness, but also of safety. Avifavir more than halves the duration of the disease, ensuring most patients are free of infection after the fifth day of treatment, which helps to more successfully fight the virus and protects Russian hospitals from being overwhelmed. Afivavir is not only the first antiviral drug registered against coronavirus in Russia, but it is also perhaps the most promising anti-COVID-19 drug in the world. It was developed and tested in clinical trials in Russia in an unprecedented short period of time, enabling Afivavir to become the world’s first registered drug based on Favipiravir.”

ChemRar Group unites R&D service and investment companies in the field of innovative pharmaceuticals for the development and commercialization of innovative medicines, diagnostics, preventive care and new treatments of life-threatening diseases in Russia and abroad.

ChemRar Group celebrates its 30th anniversary in 2020. Throughout its history, the company has maintained and improved the achievements and quality of its medical chemistry and has built a team of world-class employees and scientists. Their efforts have made ChemRar one of the global leaders in the industry today.

Further information can be found at https://en.chemrar.ru/

24.03.2021 Avifavir obtains its first registration in Asia
10.03.2021 Chromis published results of a multi-center open label post-marketing clinical study in 940 COVID-19 patients confirming efficacy of Avifavir at CROI2021
20.11.2020 The international expert community highlights the efficacy and safety of Avifavir in COVID-19 treatment
09.11.2020 Avifavir will be made available to outpatients free of charge for the treatment of COVID-19
24.09.2020 RDIF and ChemRar to supply Avifavir to 17 countries
all news