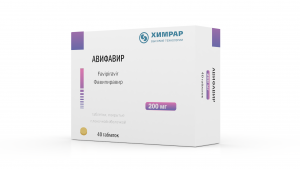 Efficacy of favipiravir against coronavirus infection was today confirmed by Japan’s Fujifilm Holdings according to Phase 3 clinical study of 156 patients. Fujifilm is developing its own favipiravir-based drug Avigan.

When developing and launching production of Avifavir, RDIF and ChemRar paid particular attention to the safety and efficacy of the drug. After production launched and supplies of the drug to hospitals began, work continued to reduce the cost of Avifavir. Due to the fact that the production of Avifavir is carried out on a full cycle basis, including the excipient, it was possible to achieve a significant cost reduction. As a result, the price will be cut by 30% compared to other drugs on the outpatient market.

RDIF emphasizes that neither the fund nor ChemRar Group are affiliated with the production of analogues of Avifavir such as Areplivir and Coronavir. RDIF and ChemRar have not invested in their development, production and sales, nor their announced distribution in pharmacy chains.

After reducing the cost of Avifavir, RDIF and ChemRar intend to register the drug for outpatient use. It is expected that permit will be obtained in October and the drug will then become available for outpatients. Currently, it is used in hospitals only under medical supervision. Patients receive it free of charge under compulsory health insurance.

The effectiveness of Avifavir has been shown in clinical trials which significantly exceed in scale those conducted by other Russian manufacturers of favipiravir. These trials were conducted in full compliance with international standards and the requirements of regulatory authorities around the world. Since April, more than 400 patients with confirmed coronavirus have participated in the studies at 35 medical centers in Russia.

Since June 2020, more than 60,000 packages of Avifavir have been delivered to clinics in 74 Russian regions. Since supplies of Avifavir began, clinical monitoring has been carried out based on data from the register of patients with coronavirus of the Ministry of Health of Russia. Data on the use of Avifavir has been collected with further analysis as well as scientific and medical assessment. According to the register, in patients taking Avifavir elimination of the virus occurs at an earlier stage in 30% of cases and the level of oxygen saturation is restored to normal twice as quickly (2 days versus 4 days) compared with standard therapy. According to the results of the research, the drug is well tolerated, with no new adverse events identified.

More than 15 countries have confirmed their interest in Avifavir. In particular, it was approved by the regulators of Bolivia, Belarus, Kazakhstan and Bulgaria. Recently, contracts were signed to supply it to Saudi Arabia, the United Arab Emirates, Kuwait, Chile, Panama as well as other countries.

“As a result of active cooperation between RDIF and ChemRar we were the first in the world to prove the clinical efficacy of the most promising drug against coronavirus, Avafavir (a favipiravir-based drug), and this work is now confirmed by studies in Japan. Registration of the favipiravir-based drug in Japan is expected in October. Thus, Russia was ahead of Japan by 5 months thanks to effectively conducted clinical trials. Fujifilm’s positive results are a powerful response to those skeptics who questioned the feasibility of registering favipiravir-based drugs in Russia”.

“Patient health is a top priority for us. Therefore we conducted a large clinical trial of Avifavir in compliance with international requirements, monitored the data during its use in wide clinical practice, and also continuously worked to reduce the cost of the drug. It is crucial that when our drug becomes available to outpatients both we and they are confident that its use is safe and effective.”